Since cream of tartar (or potassium bitartrate, technically speaking) is in powdered form, you might assume that it lasts forever. But since it’s often used in baking as an anti-caking and thickening agent, you suspect that it’s somewhat similar to baking soda or baking powder. And that means that it probably gradually loses potency. And as it turns out, you’re quite right.

If you’d like to learn about storage, shelf life, and potency of cream of tartar, this article is for you. Keep reading.

How to Store Cream of Tartar

You should store cream of tartar the same way you store its friends, baking soda and baking powder. That means it should sit in a cupboard away from sources of heat and sunlight. While the pantry is the perfect place for it, the kitchen is a slightly more practical choice. That’s especially true if you use cream of tartar more often than once a year.

Like other powdered products, cream of tartar tends to draw moisture from the air. Because of that, once you open the container, you need always to keep it tightly sealed.

If cream of tartar comes in paper packaging, it’s better to pour the powder into a small jar after opening the package. Paper packaging gives little protection against moisture or any strong odors. Or anything else, for that matter.

How Long Does Cream Of Tartar Last

Like other powdered products, as long as it doesn’t come in contact with water, cream of tartar won’t go bad. That means it basically stays safe to use forever.

However, there’s usually a best-by date on the label. Some producers put it there because of legal requirements, others because people tend to trust food more if it comes with a date. But that date is also quite useful because it tells you if you need to check its potency before using it.

No matter if the date is there or not, you can safely assume that the powder should be potent for at least four years from its production, and often much longer.

Please note that the period above is only a rough estimate.

How to Tell If Cream of Tartar Is Bad?

As I mentioned earlier, unless water gets to the container, cream of tartar doesn’t spoil. And even if a small amount of moisture finds its way into the jar, it probably won’t make it grow mold. Instead, it will likely form a few small clumps, that you can get rid of by running the powder through a spice grinder, a sieve, or by using mortar and pestle.

But if more moisture gets into the jar, the powder will go bad. If it has turned into a solid lump, or there is any mold or any other organic growth on the surface, it’s time for it to go. Same thing if has changed color or there are some dark specks here and there. An off odor is a sure sign you should discard the powder as well.

If everything about the product seems to be okay, but you store it for a very long time, test its potency before using. This way you can make sure it won’t ruin the dish you’re making, and you won’t have to start from scratch. 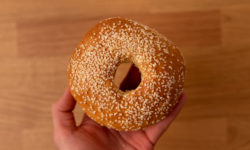 How Long Do Bagels Last and How To Store Them? 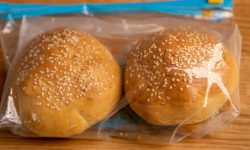 Can You Freeze Hamburger Buns? 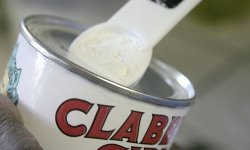 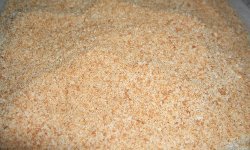 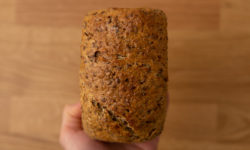 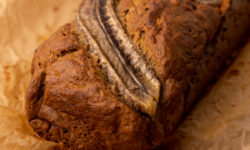