Bought a bottle of RumChata for a party but didn’t even get to open it? Now you found it sitting in the cabinet, a couple of months past its date. Does RumChata go bad?

Or you stored away the leftovers when the last guests left and completely forgot about the bottle the moment you hit the bed. Now, almost a week later, you’re almost sure that the rum cream is spoiled and that you have to discard it. But instead of jumping the gun, you decided to google if you should toss it or not. And thanks to that impulse, you’ve (most likely) saved yourself a couple of tasty cocktails for a date night. Or another round of drinks with your friends.

In this short article, we cover the storage, shelf life, and possible signs of RumChata going bad. If that’s what you’re looking for, read on.

How To Store RumChata?

The way you store RumChata is pretty similar to other rum-based alcoholic beverages, including rum itself. All it needs is room temperature (or below), and being tightly closed and away from sources of heat. The ideal storage temp is between 50-75°F (10-24°C) (RC), so a cabinet in the pantry or kitchen is all you need.

And even though it’s a cream liqueur, you don’t need to refrigerate it after opening. Here’s what the FAQ page on RumChata’s website says about refrigeration (RC):

No, RumChata does not need to be refrigerated. (…) Once opened RumChata can remain at room temperature (…)

In case you were wondering how is that possible, those are the wonders that homogenization brings us (ITM). Plus it’s not like there’s a ton of cream in there. It’s enough to make the liqueur taste as it’s supposed to.

So yeah, even if you left the bottle on the tabletop once the party concluded, the rum cream should be perfectly fine. No need to worry about it spoiling and whatnot.

How Long Does RumChata Last?

Unlike triple sec, RumChata isn’t one of the super-long-lasting liqueurs. Nevertheless, it easily keeps top quality for several years while unopened (RC), and up to 12 months after opening (ITM). Here’s what Charlie Mass (Global Branding Officer) says about storing opened RumChata (ITM):

However, a bottle that is opened may start to lose some of its spicy flavor after twelve months.

That doesn’t mean that after a year the liqueur will spoil, but merely that its quality might not be the best. And as you and I know, the quality doesn’t drop overnight, but it’s a gradual process. In other words, if you keep the leftovers for another couple of months past that one year mark, they should still be pretty good.

Please note the periods above are approximate.

How To Tell If RumChata Is Bad?

The brand promises that the bottle will be empty long before there are any issues with its contents. But if yours sits for quite a long time, it’s always best to give it a quick check before drinking, just in case.

Generally, if the bottle is unopened, and everything seems to be perfectly intact, the liqueur should be perfectly safe. If that’s an ancient bottle, the worst-case scenario is that it doesn’t taste all that great (but still acceptable most likely).

When it comes to a bottle that’s already opened, check for:

If the taste of your old RumChata doesn’t quite hit the spot, use it in a cocktail, martini, or a hot drink. If some of the cinnamon and vanilla taste is missing, feel free to add them on your own to spice it up. Mixing the old rum cream with other ingredients will cover most of its taste shortcomings. 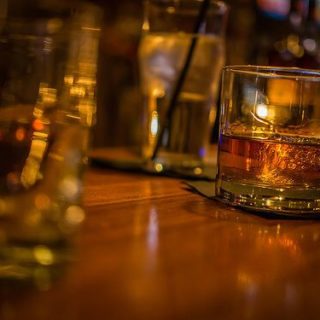