Got a half-finished carton of heavy cream and now sure how and how long you can store it? How long does heavy cream last?

Or there’s a quite old container of whipping cream in the back of the fridge, and you’re not sure if it’s still usable or not.

In either case, this article is for you. In it, we talk about the shelf life, signs of spoilage, and storage practices for heavy cream.

How Long Does Heavy Cream Last?

Typically, heavy cream retains quality for an extra three to five days past that date. But as usual, you get the best results if you use the product before the date on the package ([LL]).

If you plan on whipping that heavy cream, go with a fresh one if possible. Old heavy cream might not whip as well, and you might end up with soft sort-of-whipped cream.

When it comes to an opened container of heavy cream, the storage period depends on the manufacturer and the production process. Some recommend finishing the dairy product within three days ([EM]), while others say it’s even up to 10 days ([LL]). In short, check the label and go with what it says.

Your heavy cream might stay okay for a day or two longer, but don’t rely on that. Plus, the quality certainly won’t be that great after all this time.

If your container is pushing its date, check if it’s okay to use it before adding it to your dish.

How To Store Heavy Cream

Heavy cream requires refrigeration ([LL]), both before and after opening.

If you plan on storing that container for an extended period, put it in the back of the fridge instead of the door. This way, it keeps a relatively stable temperature and will retain quality for longer.

Once you open the container, remember to always seal it before returning it to the refrigerator.

If it’s one of those resealable cartons that whipping cream often comes in, good for you. If not, use an airtight container, so you can seal it tight.

If everything else fails, grab some aluminum foil and a rubber band. They make an okayish makeshift seal.

Can You Freeze Heavy Cream?

For starters, you should know that producers usually don’t recommend freezing ([LL]). That’s because the process affects the texture of the product.

Now, let’s talk whipping. If you need whipping cream, whip the cream first and then freeze it. It won’t work the other way around.

When it comes to using frozen and thawed heavy cream, it works best in cooked (or baked) dishes. That means creamy soups, casseroles, and pies.

If you’d like to learn more, read our guide on freezing heavy cream.

How To Tell If Heavy Cream Is Bad?

Like with sour cream or ricotta cheese, some separation on top of thick heavy cream is okay.

Heavy cream is usually liquid, especially if it’s meant for whipping. But there are also denser ones available that are similar in texture to sour cream.

Now, let’s talk about signs of spoilage for heavy cream:

If either of the list above is present, get rid of that container of heavy cream.

Last but not least, let’s talk about whipping.

If it would ruin your dessert, discard it. If it only slightly misses the mark, consider using it. Maybe nobody will notice.

Before whipping cream, make sure the cream, the bowl, and the whisk are cold. Consider putting the cream in the freezer for 10 minutes, and the rest to the fridge for the same period. 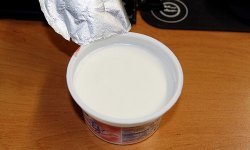 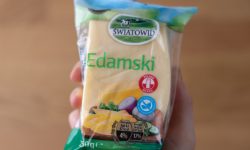 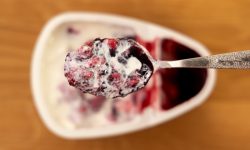 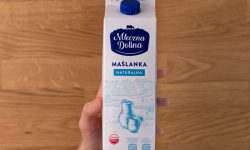 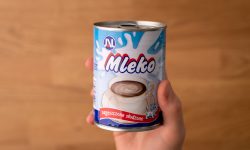 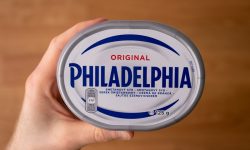 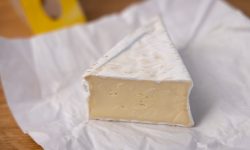 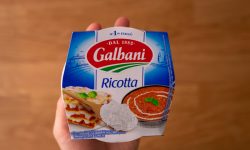 How Long Does Ricotta Cheese Last?