Considering doubling your brownie recipe and freezing half for later?

Or maybe a single brownie slab is way too much for your needs, and you’re thinking about freezing half of it right away?

If that sounds familiar, you’re probably asking yourself: can you freeze brownies?

Plain unfrosted brownies freeze perfectly fine. All you need to do is wrap them tightly with plastic wrap or place in a freezer bag. Given that most popular frostings don’t freeze well, it’s best to freeze brownies unfrosted and frost them only after thawing.

That’s the gist of it. If you’d like to learn a bit more about the topic, here’s what we cover below:

Regular brownies freeze well, and all they need is a tight wrap that will protect them from freezer burn.

More fancy brownies, like ones that include fresh fruit, any type of filling, or are frosted, are more tricky. That’s because it’s usually not clear whether or not they’ll freeze well. It all depends on the “extra” ingredients.

A typical brownie is made of sugar, flour, cocoa powder, eggs, and some butter or oil, and that combination freezes well.

The worst that can happen in the freezer is that the brownie will lose a bit of moisture in the process. That means the thawed confection won’t be as nice and moist as when fresh out of the oven but will still taste pretty good. Especially, if you add a fresh topping.

Can You Freeze Frosted Brownies?

The easiest solution to this issue is freezing the brownies unfrosted and prepping fresh frosting when the brownies are already defrosted. This way, you don’t need to worry if the frosting freezes well or not.

In addition, freezing frosted brownies pretty much forces you to use containers because using wraps or bags would mess up the frosting. And if you use containers, there’s a bunch of extra air around the brownies, which promotes drying (which we don’t want, obviously).

In other words, freeze your brownies unfrosted if you can. But what if you’ve already frosted yours?

The best thing to do here is to run a quick test:

If the frosting is ruined and the quality unacceptable or plain bad, you have two options:

Related: How long do brownies last?

Similar rules apply to brownies with fresh fruit or jam – it’s difficult to say how well they freeze as there are too many factors at play. It’s better to do a test run and see how things work for yourself.

How to Freeze Brownies?

Here’s how you freeze brownies:

As you can tell, the whole process is super simple, and all you need is freezer bags and perhaps some plastic wrap.

Freezing a whole brownie slab yields better results than freezing brownie squares. Less surface area exposed to air means the brownie dries out more slowly. The only downside is that you have to defrost the whole slab before cutting it up.

How to Defrost Brownies?

The easiest way to defrost brownies, no matter if they’re cut up or you have an uncut slab, is to leave them at room temperature. After one to four hours, depending on how thick and dense the brownies are, they’ll be defrosted and ready for consumption.

If your brownie is super moist and you noticed some frost on the bottom, consider placing a paper towel or two underneath it while thawing. The towel will soak up some of the moisture, leaving your brownie nice and moist but not wet.

All the above works well for plain unfrosted brownies. But what if yours are frosted or include some jam or fresh fruit?

If that’s the case, I recommend defrosting them overnight in the fridge. Make sure they’re well wrapped so that they don’t pick up any smells from the refrigerator and don’t dry out too much.

Also, adding a couple of paper towels underneath should catch all the extra moisture released in the defrosting process.

The only downside of defrosting brownies in the fridge is that it takes 6 to 8 hours. That means some planning ahead is in order.

Of course, you can defrost regular brownies in the fridge as well.

Long story short, if you store your brownies on the counter, you can defrost them on the counter. But if you keep them in the fridge, that’s where you should thaw them.

Related: How to store brownies?

Can You Freeze Brownie Batter?

You can freeze brownie batter for months without any noticeable quality loss. All you need to do is pour the mixed batter into a freezer bag, squeeze out all the excess air, and seal the bag. Once done, you can put it in the freezer, where it can sit for at least a year.

Brownie batter typically consists of sugar, flour, cocoa powder, eggs, and butter or oil. All of these freeze well, even after mixing them together.

What’s important to notice is that brownie batter usually doesn’t include a leavening agent (like baking powder or soda). Because of that, you don’t have to wonder if that agent will lose its potency if the batter sits frozen for too long.

When it comes to freezing the batter, consider placing the bag on a flat surface until its contents freeze solid. This way, the brownie batter will freeze flat, and that will allow you to place other food products on top of it easily. Or stack a couple of bags on top of each other.

Last, if that bagged batter is similar to anything else in your freezer, adding a label with the name and date should be helpful. 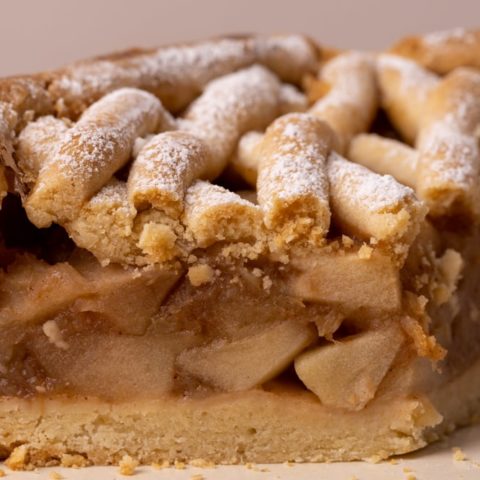