Evaporated milk lasts only a couple of days after opening. What if you don’t have any plans for it? Can you freeze evaporated milk?

I bought a container of evaporated milk and used half of it for my soup. I don’t know about you, but I don’t use this milk variety often. Because of that, I had to figure out how to use the leftovers before they spoil.

Freezing was the first solution that came to mind, and that’s what I decided to try out.

Most producers discourage freezing their evaporated milk. Take Carnation for example; here’s what they write on their FAQ page ([CAR]):

It is not recommended to freeze evaporated milk, it changes its physical properties (colour, flavor, texture, etc.). Freezing the can could also compromise the seam integrity of the can which in turn would spoil the milk.

The seam integrity part wasn’t an issue because I didn’t want to freeze it unopened.

Freeze only leftover evaporated milk. Freezing it unopened isn’t safe, plus the product has quite a long shelf life.

When it comes to the physical changes, it’s all true. I mean, here’s how frozen and thawed evaporated milk looks like:

You can see it’s separated and doesn’t look all that appealing (to say the least).

If you give it a good stir (or use a blender), it helps a bit, but it still isn’t as good as the fresh product. Here’s how it looks after that treatment:

Fortunately, in most cooked dishes, those changes in texture don’t really matter.

The secret to freezing evaporated milk is using it only in recipes where it’s cooked, like soups (especially the creamy ones you puree using a blender), stews, and so on.

How To Freeze Evaporated Milk

The whole process of freezing this dairy product is simple and takes only a couple of minutes tops.

For starters, decide on a recipe that you’ll use the frozen and defrosted evaporated milk in. That choice informs you how much you need to pour into each container.

If you don’t know how you’re going to use the product yet, freeze it using an ice cube tray instead.

Once you know that, it’s time to get started. Here’s how you freeze this milk variety:

That’s it. Evaporated milk can sit there safely for at least a couple of months, waiting for when you need it.

When it comes to defrosting this dairy product, there are at least two popular options:

For best results, stir the defrosted evaporated milk thoroughly (e.g., using a hand blender). You can either mix the liquid itself or the whole dish if you’re throwing it in frozen.

Some people let frozen foods thaw on the counter (I’m guilty of that as well). If you’re one of them, remember that food shouldn’t sit at room temperature for longer than 2 hours, and you should cook it as soon as possible.

As I already mentioned, defrosted evaporated milk works well in all sorts of cooked dishes.

I like creamy soups and made a creamy carrot soup using the recipe you can find on Carnation’s website. I used dried ginger instead of fresh (and a bit too much of it), but other than that, the soup turned out great.

If you have any soups in your repertoire that you puree in a blender, all of them should be great options to use frozen evaporated milk in.

Not a fan of soups? Feel free to use the milk in: 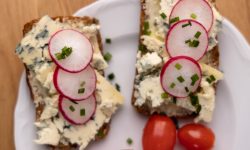 Can You Freeze Blue Cheese? (Yup, Here’s How)

Can You Freeze Brie Cheese? (Yes, Here’s How) 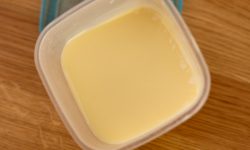 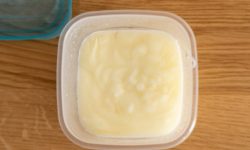 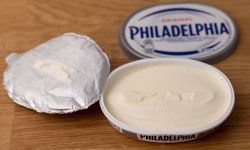 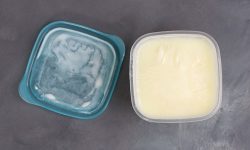 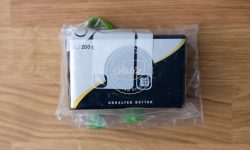 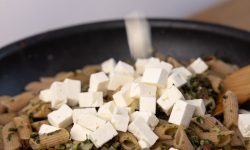