Yes, you can freeze leftover sweetened condensed milk. Unlike evaporated milk, condensed milk doesn’t freeze solid and separate after thawing due to high sugar content. You can freeze it in an airtight container for at least 3 to 6 months, and there’s no need to thaw it before using it.

Freezing sweetened condensed milk is as simple as pouring it into an airtight container and placing it in the freezer.

It doesn’t freeze solid but becomes slow as molasses in January thick, which means you don’t even have to portion it before freezing.

Even though condensed milk lasts for a while after opening, sometimes that period isn’t long enough. If that’s the case, freezing is probably the best solution to the problem.

Want to learn all about freezing and defrosting sweetened condensed milk, and see some before and after photos? Read on.

Can You Freeze Sweetened Condensed Milk?

Sweetened condensed milk isn’t solid when frozen. That’s due to its sugar content. It just gets much more viscous, but you can still pour it, albeit slowly.

(Slow as molasses in January describes it well.)

And here’s a closeup on the surface:

That’s good news. That means there’s no separation that you have to deal with after thawing. All the issues that you might know from freezing buttermilk or yogurt aren’t present.

Here’s the same sweetened condensed milk after defrosting it:

The only change that you might notice is that it’s slightly paler than before putting it into the freezer. And that’s about it.

The consistency is also back to normal, so you can pour it no problem.

If there’s some slight separation noticeable (unlikely, but possible) after thawing, give it a good stir before using.

Long story short, freezing condensed milk doesn’t come with any downsides. Maybe besides the fact that you need a few hours of defrosting to get it to its usual texture.

How To Freeze Sweetened Condensed Milk

All you need is a freezer-safe container, and you can get to work. Here’s how you freeze condensed milk:

That’s it. All it takes is those two steps that take two minutes tops.

Since it doesn’t freeze solid, you don’t have to worry about many containers and measuring exact amounts. You use it as you go.

You can scoop a teaspoon or two of condensed milk from the container whenever needed, and return the rest to the freezer.

How Long Will Condensed Milk Last in the Freezer?

Condensed milk should retain great quality for at least 3 to 6 months, possibly much more. Like all foods, it slowly deteriorates when frozen, so your condensed milk that’s frozen for a year already won’t be as good as fresh.

In other words, try to use it within 6 months of freezing for the best results.

Sweetened condensed milk stays liquid (although slow as molasses) in the freezer. That means you don’t need to plan ahead and thaw it if you’re okay with it being thick and super cold.

If you don’t want it that cold and slow, give it a couple of hours in the refrigerator.

If you want your condensed milk at room temperature, submerge the container in warm water for 10 to 30 minutes, depending on the volume.

As I mentioned, if you don’t need the whole container, scoop and thaw the amount you need and leave the rest frozen. This way, you never need to refreeze it.

You can use frozen and thawed sweetened condensed milk however you like. Unlike freezing cream cheese, sour cream (read Can Sour Cream Be Frozen? for details), or evaporated milk, there are no limitations here because condensed milk doesn’t separate.

That means that all the classic uses for sweetened milk are viable options: 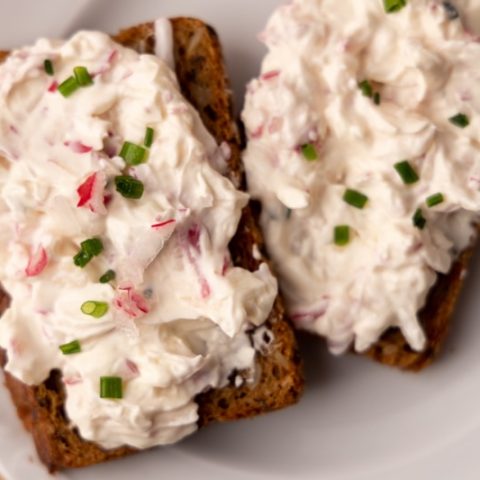