You’ve bought a big bottle of your favorite BBQ sauce just before the barbecuing season has ended. Since you don’t use it that much for indoor cooking, it’s been sitting in the fridge for a few months now.

As the weather starts to warm up and you’re looking forward to your first barbecue of the season, the question “does BBQ sauce go bad?” comes up.

Or maybe you’re using the BBQ sauce only for a handful of recipes. The last few months were quite hectic, and you didn’t get to make any of those in a while. And the sauce still sits opened in the fridge.

Now that things are back in order, you’re not quite sure if you can use that sauce in your favorite grilled barbecue chicken recipe.

No matter the case, it’s probably time to learn a bit about storage, shelf life, and going bad of BBQ sauce. Sounds interesting? Read on.

How To Store BBQ Sauce

That means that as long as it’s unopened, you should keep it in a dry and fairly cool place. The pantry is the best choice, but a cabinet in the kitchen will do too.

Keeping it in the fridge is also an option, but it won’t really help with extending the shelf life of the sauce.

Once you open the bottle, you should store it in the fridge when not in use.

If you’re going to use the contents of the container within a week or two, in most cases you can leave it at room temperature, and it will be fine. But for an extended period, the fridge is definitely the best option.

When it comes to handling BBQ sauce, remember to always use clean utensils if you need to put any inside the bottle. We do that to prevent contaminating the sauce with bacteria.

Of course, almost everyone (including me), has used “dirty” utensils when pouring the sauce once or twice. In most cases, it’s not that big of a deal, and the sauce won’t go bad because of it. But it’s better to stay on the safe side and always use clean utensils.

If you don’t have any available on hand, at least clean the current one with a paper towel. Obviously, that’s not a perfect cleaning tool, but it might make the difference between fine and spoiled barbecue sauce.

If you make your own BBQ sauce, always keep it in the fridge, seal tightly.

How Long Does BBQ Sauce Last

Pretty much every bottle of barbecue sauce comes with a best-by date. That date informs you of how long, at the very least, the sauce should retain the best quality.

Since BBQ sauce is pretty high in preservatives, such as sugar (or some form of it) and vinegar, it tends to last longer than the date on the label.

You can easily assume that an unopened one lasts for over 6 months pst that date and in most cases, it’ll last even longer.

If you have an unopened bottle of BBQ sauce that’s a year past the date on the label, don’t throw it out just yet. Instead, open it and check for signs of spoilage. Chances are it might be fine.

When it comes to opened BBQ sauce, it will easily last a few months in the fridge.

Sweet Baby Ray’s recommend that you should finish the bottle within 4 months of opening for best quality. That pretty much means that the sauce will likely stay pretty good for about 4 – 6 months after opening.

Since homemade BBQ sauce isn’t pasteurized, it should stay fine for up to a week, maybe a few days more. Generally speaking, it’s best if you make only as much sauce as you need at a time.

Of course, we often want to save time and do a big batch instead of a few small ones.

If that’s the case, and you’d like to store the homemade BBQ sauce for longer, consider freezing it. If won’t be as good quality-wise after thawing, but should work just fine if it’s a part of a cooked dish.

Try freezing a small amount and see how it goes.

Please note that the periods above are for best quality only. In most cases, the sauce will last longer, but its quality might not be the best.

How To Tell If BBQ Sauce Is Bad?

The first sign is off or funny smell. If you open the bottle and pick up right away that the odor is off, throw out the sauce.

The second thing to look for are signs of bacterial growth. Any signs of mold most often can be found on the inside of the bottle, above the sauce level. If you can see any obvious discolorations, throw out the sauce.

If the texture of the sauce changed noticeably, it might still be safe to consume, but throw it out just to be safe. It won’t taste nearly as good as it used to anyway.

If everything about the sauce seems to be fine, it’s time for you to do a taste test.

If it tastes okay, feel free to use it. Otherwise, it’s probably time to get rid of it. Discard it and open a fresh bottle.

BBQ sauce deteriorates over time in terms of quality. The longer you store it, the better the chance that the taste won’t quite hit the spot.

Because of that, often you will notice that the flavor isn’t that great much before the sauce will actually spoil.

How long the sauce will retain good quality depends on the ingredients and you need to determine that on a case by case basis. 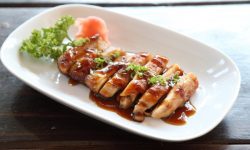 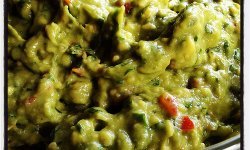 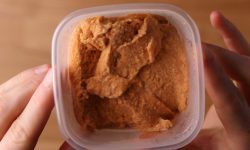 Can You Freeze Hummus? 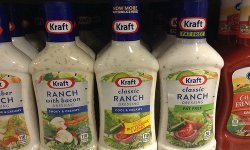 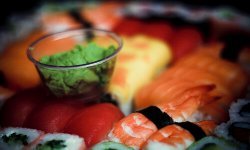 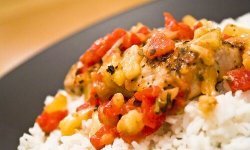 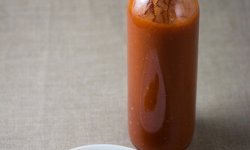 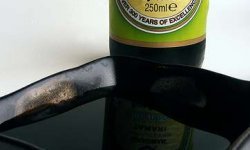