There’s this jar of Nutella that’s sitting in the cabinet in the kitchen. It’s been there for quite some time already. At this point, you start to question whether it’s still okay to use. Does Nutella go bad?

If you would like to learn a bit more about storage, shelf life, and going bad of this popular spread, read on.

How to Store Nutella

You should store Nutella jars similarly to other sandwich spreads, such as peanut butter. That means the jar should sit in a cool and dark place, away from any sources of heat and sunlight. The temperature between 18°C (or 64°F) and 20°C (or 68°F) is perfect for the spread. That means the pantry or a cabinet in the kitchen is the place to go.

Once you open the jar, the storage guidelines stay the same. Obviously, the jar should be sealed tightly when not in use.

There’s no need for refrigerating Nutella. Chilling it will harden the product and make it difficult to spread. If Nutella is stiff, you can try melting it in the microwave.

Last but not least, practicing proper hygiene will help Nutella retain its quality for longer. For Nutella, and other spreads, adequate hygiene means you should always use a clean spoon or knife when scooping the spread.

Yeah, using your fingers might be more fun for some of you, but that’s definitely not the way to go. Using your fingers or cutlery already used for other purposes (double dipping) will likely transfer bacteria or contaminants to the hazelnut spread. And those might contribute to the product going bad or degrading in quality.

How Long Does Nutella Last

There’s usually a best-by date on a jar of Nutella. That date is a rough estimate for how long the product should retain its freshness. Of course, the spread will be safe to eat for much longer, but its quality will degrade over time.

As usual, there’s no good way of determining how long past the best-by date Nutella will be good enough for eating in terms of quality.

When it comes to an opened jar of Nutella, it easily lasts for at least a few months. Ferrero’s website informs that the spread lasts 12 months after opening.

As mentioned earlier, the spread loses its freshness over time so Nutella that’s sitting in the kitchen for 6 months won’t be as good as a freshly opened one.

How to Tell If Nutella Is Bad

Nutella contains a good amount of oil. That means it’s susceptible to going rancid. If the spread smells rancid or somewhat odd, toss it out. Rancid oils aren’t necessarily unsafe to eat, but they definitely don’t smell and taste good.

The presence of oil in Nutella also means that some of it might separate on top after storing the spread for a long time. It’s a natural occurrence. The same thing happens in other products like peanut butter, tahini, or mustard. If that happens, you can simply stir the spread to get it back in shape.

Besides rancidity, you should look out for the classic signs of spoilage like any signs of bacterial growth or mold, foul or funny odor, and noticeable changes in texture.

If Nutella looks and smells okay, you can taste a bit to determine if it’s still good enough to use. Decide whether to keep it or throw it out based on how it tastes.

As already mentioned, Nutella degrades in quality over time. When you first open the jar, the texture is creamy and soft. Over time it starts to harden and dry out.

It’s an ongoing process, so it’s not like one day it’s perfectly creamy and the next day it’s rock solid. At a certain point, the spread will become difficult to use, and that’s when it’s time to discard it.

Nutella also slowly loses its flavor over time, so if it no longer quite hits the spot, it’s time to open a new jar.

Last but not least, if the jar of Nutella is open for a very long time, like 2+ years, it’s better to discard it for safety reasons. It might seem to be perfectly fine, but there’s no reason to risk it. 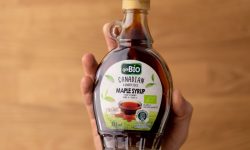 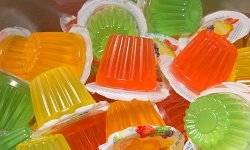 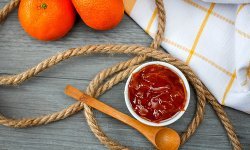 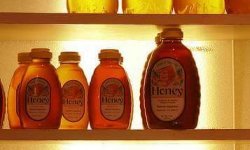 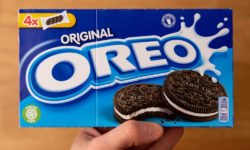 How Long Do Oreos Last? Are Expired Oreos Safe To Eat? 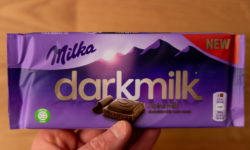 6 thoughts on “Does Nutella Go Bad?”