Here’s all you need to know about shredded cheese. Learn how long it lasts, how to store it, and when to throw it out.

Store-bought shredded cheese lasts 3 to 5 days after opening the package. The same is true for any cheese that you shred yourself. If you need it to keep longer, freeze it.

That’s the gist of it.

Want to learn a bit more? Here’s what we cover below:

How Long Does Shredded Cheese Last?

An unopened package of shredded cheese keeps for at least a week or two past its date. After opening, it retains quality for 3 to 5 days. It might last for a couple more days, but it’s better to freeze it if you need to keep it for more than 5 days.

Commercial shredded cheese typically lasts for at least a couple of weeks, as long as it remains unopened. And it usually keeps for an extra week or two past the date printed on the label.

(Obviously, there’s no way to exactly tell how long, and all producers recommend using theirs before the printed date for optimal freshness.)

Once opened, the most common recommendation is to use the cheese within 5 days (here’s another source). In other words, you don’t have that much time until your shredded cheese loses quality.

These last a long time (even after opening) and usually don’t even need to be stored in the fridge once opened. Unfortunately, while all of that is super handy, they have one fatal flaw: they’re loaded with preservatives that keep the product from spoiling.

(That’s why many people say they’re not “real” cheese.)

Long story short, I suggest avoiding those products whatsoever because of the long ingredients list that’s stuffed with artificial stuff that’s most likely not good for you.

But what if you’ve already bought one of these? Read the label. More often than not, it’ll have all the info about storage and shelf life you need. And in many cases, the label will say the product can last up to the printed date, no matter when you open it.

Now, let’s talk about the exact opposite: cheese that you shred at home.

Homemade shredded cheese lasts about 3 to 5 days of shredding, no matter the cheese type. If that’s not long enough for your needs, you can either shred it as you go (i.e., only as much as you need at a time) or freeze the leftovers.

While cheese blocks last quite a long time (e.g., parmesan cheese lasts for at least a couple of weeks after opening), the same isn’t true of shredded cheese. Like store-bought shredded cheese, the homemade variety keeps for only a couple of days.

Because of that, if you’re thinking about shredding a whole block, freezing the leftovers is probably the way to go. Here’s how you freeze shredded cheese.

Now that we covered shelf life, let’s talk about when you should discard shredded cheese.

How to Tell if Shredded Cheese Is Bad?

Discard your shredded cheese if:

Those are the most common signs of spoilage and reasons to discard shredded cheese.

Now, one thing might seem alarming at first but is totally fine for cheese: white crystals.

Those white crunchy crystals are (most likely) calcium lactate crystals formed from the natural breakdown of cheese. They are safe to eat and don’t make the cheese spoiled by any means.

How to Store Shredded Cheese

Store shredded cheese in the fridge in a sealed container or bag, and use it within 3 to 5 days of opening.

Storing shredded cheese isn’t rocket science, but there are a couple of things worth remembering:

Which Cheeses Can You Shred?

Cheeses that are usually shredded:

You can (obviously) shred or grate other cheeses, but these are the ones most commonly used for this purpose. 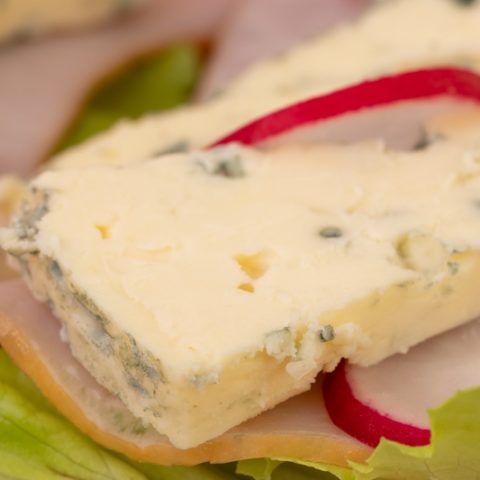 How Long Does Cheese Last in The Fridge?